GREAT NEWS!  I found a replacement for the postponed Bookmans Exchange Book Signing.

Please visit me in January at:

At the event, there will be Cosplay, Classic Cars, VIP Community Heroes, Merchants/Vendors, and Recognized Police and Firefighters First Responders.

For more information and details: https://www.superherosaturday.org/

This promises to be a great family fun day as it was last year!!

Joy Landa at Spirit’s Paintbrush has done it again with a masterful portrait of Princess Letandra in action!!

And Jaro T. Chambers of Art of Jaro Photography did an amazing job doing the world map of Aberrisc.

The updated versions of The Bleeding Crown are available for sale on Kindle & Amazon! 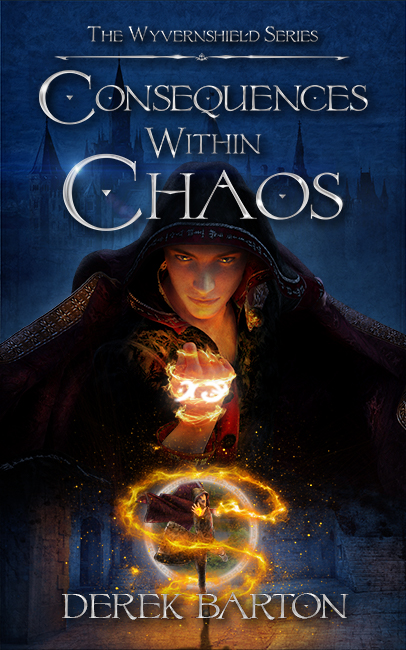 I have been hinting that I would be getting a new book cover for Consequences Within Chaos — and here it is!!  Be on the lookout for its twin for  The Bleeding Crown in a month or so as well!

I am very pleased by this original work by Joy Landa (check out her website www.spiritspaintbrush.com).

Also, I’m very excited to inform you that I’m having a full world map of Tayneva and the other lands from the Wyvernshield series drawn by Jaro T. Chambers (on Instagram @theragingdm) for the final third book!

Exciting things are happening and more to come…

As promised in my blog A New Land to Behold…, here is my first draft of the Map to the Wilds of Aberrisc.
I am not completely happy with it so it may not find its way into the book like this, but perhaps another version will.   Yet, I do feel that a map was overdue.  And I have to admit they are fun to build!
From Consequences Within Chaos:

“You were rumored to have been imprisoned by the Eulocths a while ago. Was this true?” Taihven was confused until an image of the Green Ones flashed in her mind.

“Oh, yes! Vicious, little lizard-like creatures.” He blurted out, but immediately he felt anxious and did not like the possible outcomes of this topic.

“Well, you see our race has had constant conflicts with the Eulocths. Ever since we got knotted in Yamtolak.”

“Knotted? What do you mean?” he asked.

“Yes, knotted. How do I explain…” she gathered her words. “Where you come from, do your lands not knot? When the lands collide, but connect versus pushing away from one another?”

The look of confusion on his face answered for him. “Our lands do not move. They are locked into position.”

“Ah!  You see, all the continents here float upon a massive ocean and they move along with the subterranean currents. Occasionally, the lands collide, but bounce off from each other. The knots are when the lands strike and lock into each other or part of the land tears free and remain with one land or another. Such is what happened with our Sacred Groves of Ara Turas. We have been knotted and trapped here on Yamtolak when it knotted with our homeland.”

In Consequences Within Chaos, the characters were in various locations, but a map was not as necessary to follow the story line. In the Bleeding Crown (the sequel to Consequences Within Chaos), I feel it will be very beneficial to see where the characters are and where the action is taking place in relation to one another.
Here is also a little write-up on each continent:

Ara Turas – Homeland of the Duradramyn; their lands exist of grassy plains and rolling tundra.  Duradramyn are a simplistic, tribal people that rely heavily on ritual or spiritual magic.  While renown for their agriculture, they are also dedicated to existing with nature, living among animals and preserving the environment.

Aviytoss – Homeland of the Flohki; sprawling wetlands and dwarf tree swamps. Flohki are half-bird humanoids that tend to be xenophobic and very territorial.  Their technology, militant personalities and scientific knowledge has fostered them several large cities and coastal fishing industries.

Bre’Avat — Vast jungles and volcanic mountain ranges.  The continent does not have a known race or humanoid culture, but is home to original species of Mammoth Bats, Khortha Lizards and Reaxes which are massive beetles that live within lava pits.  Abandoned ruins of an intelligent race have been found there, but no survivors or descendants are known.

Cordavail – Homeland of a small human kingdom.  They are very isolated in a ring of high mountains and rarely reach out to neighboring lands.

Dorminahz – Homeland to the Thettes and Brohmn Giant races.  These two clans are very war-like and have often battled in bloody and costly civil wars.  They live barbarian lifestyles, but the Thettes are nomadic and follow after migratory animal herds.  The Brohmn claim permanent residences and dig out immense structures in mountain sides and subterranean caverns.

Ele Tessis – Territory to the shadow race of Bal’Avals.  These mystical creatures tend to have sadistic desires and evil tendencies.  Little contact has been made with them; they protect their lands violently and will not suffer any trespassing.

Fhey Rhas – Homeland of the Yuul; their home is a ring of seven islands.  The Yuul are a feline/human race that dedicate their lives to the study of magic.  Political sciences and government organization are also key concerns to their culture.

Huuscia – Endless miles of desert wasteland; suspected to be unpopulated, but few explorers have ever returned from their expeditions.

Mescarne – A heat-blasted, barren plain; at its center is the legendary Quartz Tower.  The Tower is believed to be the key focal point for the magical energies and ley lines to the entire world of Aberrisc.  Few have found it and been able to return to describe the structure.  Some propose it is of ancient origin by a long-forgotten race.  No one has ever been able to describe the interior.

Peht Glacier Flats – Ice wasteland; unpopulated by humanoid creatures due to its weather and unstable lands and climate.

Rya – Desert dune lands cover most of this continent.  However, there are also long stretches of glass fields that mar this sand expanse.  Ancient tales and folklore describe the region as a homeland to a once noble and powerful race, but they unleashed a doomsday cataclysm which formed the glass fields and ever growing dunes.  No evidence of such a race has been discovered to date.

Utakraas – Homeland of the Balshazras; these lands are made up of sprawling swamp areas, deep lakes and enormous rivers.  Balshazras are reptilian, but have a high intellect that matches their natural gifts with arcane and elemental magic.  The unique creatures can continuously reincarnate and thus are seemingly immortal.

Yamtolak – Homeland of the Eulocths.  These vile lizard humanoids have very base, selfish desires and often make raids upon other lands for food, treasures or to take slaves.  They exist in linked clan villages that all answer to their tyrant king.  Their biggest strength and weapon is in their sheer numbers.  With a mob-mentality, the Eulocths do not fear anything or anyone.

I hope to create another world map of Wyvernshield soon for the next blog.  Please let me know what you thought and if you have any suggestions.