ELUDE:  PART ONE IS NOW ON SALE at Amazon

Stepping blindly into a horrific murder scene, a young ex-con, Vicente Vargas, must flee from the police while eluding the real killer who continues to pin more bodies on him in this intricate cat-and-mouse game.

Cut off from all friends and family, tried and convicted by the press, Vic must survive on his wits and cunning on the gritty streets of Phoenix, Arizona long enough to clear his name. 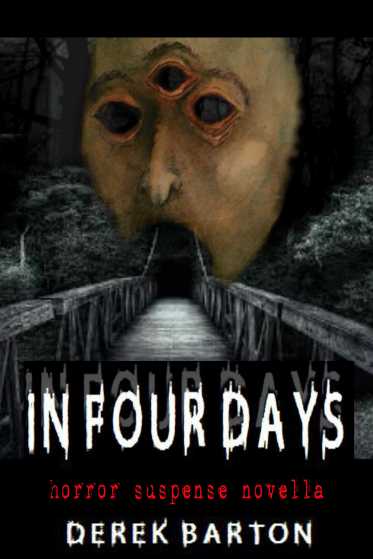 IN FOUR DAYS:  A HORROR-SUSPENSE NOVELLA IN AUDIOBOOK FORM On Audible.com & on Amazon!

Mysterious disappearances suddenly plague the Philadelphia area. A demonic force with an unending appetite hunts its streets and collects lost souls as trophies.

IN FOUR DAYS is a collection of chilling stories of intense dread, buried dirty secrets and twisted fates that will leave you guessing up to the very end!