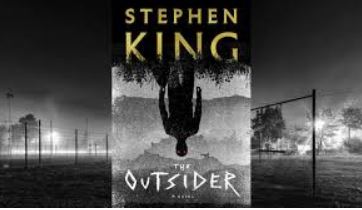 The Outsider by Stephen King — a Supernatural/Horror/Murder Thriller

This is the first of my audiobook reviews.  I have been for over a year now getting audible books so I decided I would review and share my opinion on some of them with you. Enjoy!

As one of my favorite authors of all-time, I have been anxious to get my hands on the latest novel by Stephen King called “The Outsider”.  I was not disappointed in this compelling and intense story of depraved violence committed in a small rural town in Oklahoma.  (Yes!  A story that takes place actually outside the state of Maine!)

An eleven-year-old boy’s violated corpse is found in a town park. Eyewitnesses and fingerprints point unmistakably to one of Flint City’s most popular citizens. He is Terry Maitland, Little League coach, English teacher, husband, and father of two girls. Detective Ralph Anderson, whose son Maitland once coached, orders a quick and very public arrest. Maitland has an alibi, but Anderson and the district attorney soon add DNA evidence to go with the fingerprints and witnesses. Their case seems ironclad.

As the investigation expands and horrifying answers begin to emerge, King’s propulsive story kicks into high gear, generating strong tension and almost unbearable suspense. Terry Maitland seems like a nice guy, but is he wearing another face?

Back in 2014, King produced his first grim detective/horror novel, Mr. Mercedes.  Inspired by horrific true events, King crafted a tale revolving around a retired detective is drawn out by a relentless serial killer who plowed through a crowded line of pedestrians, killing eight people and evaded capture.

He continued the story in his follow-up novels, Finders Keepers and End of Watch which became The Hodges Trilogy (named for the main character Detective Bill Hodges).  The entire series was a fascinating tale of a cat-and-mouse hunt crafted as only Stephen King can.

While The Outsider is not directly related to the Hodges Trilogy, it is told in a similar vein.  A tale where supernatural horror is blended with a true crime atmosphere.  It explores the themes of vigilantism, police abuse of power and how the media itself can become judge and jury.

An added bonus to this incredible tale is the return of a fan-favorite character, Holly Gibney (assistant to retired Detective Bill Hodges).  She is drawn into the investigation and as per her usual, adds an unpredictable yet poignant, point of view. 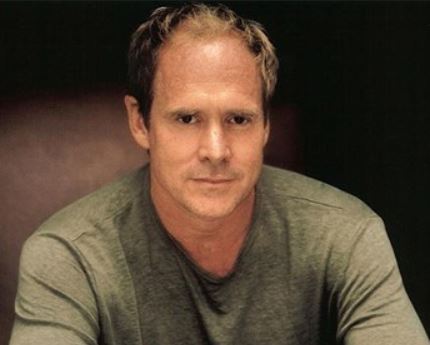 Again using the connections to the original Hodges Trilogy, King taps on Will Patton to read his terrifying passages as he did with Mr. Mercedes, Finders Keepers and End of Watch.  Will Patton has just the right mix of southern twang and gravel in his voice to really bring this work to the next level.  Patton is a successful actor in movies like Armageddon, The Postman and The Punisher as well as recurring roles in the television series, Falling Skies and 24.

Five Stars as the story hits on every aspect of intense plotting, incredibly detailed characters and original, exciting scenes and locations.  HIGHLY RECOMMEND!

I am an avid fan of horror and a fan of gritty crime dramas so the new mix that King is experimenting with has brought to life a brand new genre in this classic tale along with King’s Hodges Trilogy.

By Derek Barton — Author of In Four Days: a Horror-Suspense Novella, Dark Fantasy novels Consequences Within Chaos and The Bleeding Crown.  Elude: Part One (horror/crime thriller) will be on sale by the end of 2018!