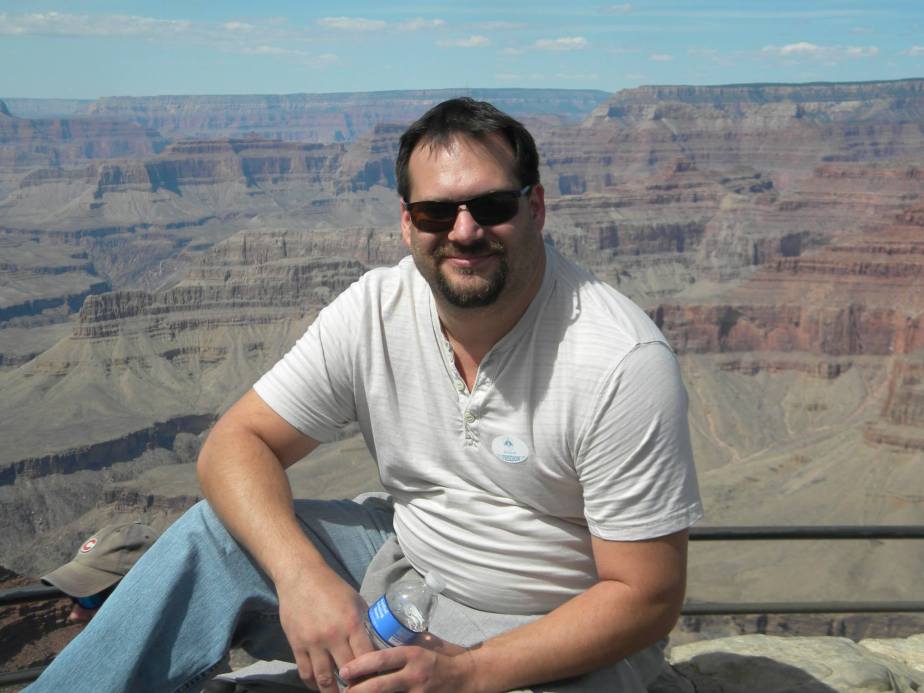 So it has been since 2018 that I’ve done a bio blog about myself. I tried to really find some interesting questions. If there are any questions you might have, feel free to send me any email or leave a comment. I am very open to answering.

Base information you may not know:  My real name is Derek Barton (no middle name and not a pen name). I have a half-brother Alec who lives in Florida near my father and my mother lives in our home state of Indiana. I live in Phoenix (since 1996), married to my wife Erika, and have three children (Johnathan 19, Jenna 18, and Jessiena 4). I’m a full-time supervisor of an insurance marketing company. I was born in 1970 and grew up in the 80s (hair bands still rule!)

What shows are you into?  Like my book genres, I tend to like both horror and fantasy shows. So Game of Thrones (except the last season) is my all-time favorite show with Dexter (except for the last season!! C’mon can’t you guys get it together in the end?!)

How often do you play sports? Rarely any more. Would like to get back into racquetball again once we are out of the quarantine.

What skill would you like to master? I would like to also get back into weightlifting again – not only for health reasons, but I found it did help with stress as well.

What do you wish you knew more about? The other skill would be making better book covers designs. I really need to get into a  Photoshop course!

What mystery do you wish you knew the answer to? What are ghosts? Are they really former people and if so, why did they choose to be in this form or choose to stay behind?

What’s your favorite genre of book or movie? Again I like the two genres of horror and fantasy, but this time I would have to say horror more than fantasy. Check out my prior blog on my top favorite horror films!

What fictional place would you most like to go? If I had the chance, I would find a way to see the future like in Minority Report or some other sci-fi flick like The Fifth Element. I love fantasy but future technology would be awesome to see.

What game or movie universe would you most like to live in? As I stated above, the future would be an amazing time to live in, but if not that then the epic fantasy world of Skyrim would be also a great experience. I’m into the whole magic thing — maybe not out facing dragons by myself like the game, but you get me!

What was the best book or series that you’ve ever read? Stephen King’s The Green Mile Series (they were first published as five small novellas — hmmm does that sound familiar?) would be my first thought. Then of course the whole Game of Thrones Fire & Ice Series. Many others could come up on this list — like R.A. Salvatore’s Drizzt Do’urden Book Series which is absolutely phenomenal and filled with characters I could only hope to achieve!

What are you most looking forward to in the next 10 years? Writing more and more books and getting better with each one. I don’t  have any reason to stop — my expensive hobby completes a part of me and if there are fans of it too then that is also incredible! The other aspect that I’m looking forward to is seeing my baby girl grow up! Jessiena is such a wonder and fascinates me — I really had no idea what being a parent could be and now I can’t imagine life without her around.

Who’s your go-to band or artist when you can’t decide on something to listen to? I love heavy metal and dubstep (heavy metal techno), but when I need to write I put on classical or epic music. Bands like Godsmack, Audioslave, Stone Sour, Linkin Park, or Deftones would be my answer.

What would be your first question after waking up from being cryogenically frozen for 100 years? Did I get a new body or still stuck with my starter one?!

What is something that a ton of people are obsessed with, but you just don’t get the point of? The Kardashians come first to mind, then I’d say most reality shows especially cooking. If I can’t eat it, I am not spending an hour watching you make it! Don’t taunt the fat guy, he’ll bite!

What piece of entertainment do you wish you could erase from your mind so that you could experience it for the first time again?  The Lord of the Rings movies would be great to relive.

What do you have doubts about? I doubt a lot of personal things but my writing of course is always important to me so I want to make it the very best I can. I often wonder what have I missed or how can I make it better.

What would be the scariest monster you could imagine? If you notice and some of you have pointed it out, I have a lot of spiders in my stories. Yeah, tarantulas are definite nightmare material to me. The worst I created so far would be the massive Gray Mother in the story, The Bleeding Crown.

What challenging thing are you working through these days? I’m working on Evade, my new horror suspense series and trying to tie that all up, but the one that makes me gulp anxiously is the last of the Wyvernshield Series. It has some really big things coming up and even though I think up these things, it’s another to write it down coherently and also make it entertaining. I am excited to get started on the last book yet I dread it! hahaha  Coming in 2021 hopefully!!

When was the last time you changed your opinion/belief about something major? My ideas of politics in general have changed within the last three years. I’m not going to get into it as that is a very volatile subject with people, but I’ll say that I never realized how big an impact politics and government really  do have in your normal day to day life. The decisions other people in charge make can literally mean your life or death indirectly or not. It won’t always work to ignore it and keep your head in the sand.

What’s your best “my coworkers are crazy” story? Once during a company “secret santa gift exchange”, a coworker overhead another lady ask for anything cow-related. She had a collection she wanted to add to. My coworker friend who was friends with her took it upon himself to give her a gift even though she wasn’t in his team exchange. He bought her a real frozen cow tongue! Funny as hell (the look of disgust and shock on her face as she unwrapped it) but sick at the same time!

What are some of your favorite holiday traditions that you did while growing up?  Halloween is a big one of course. Dad always made a big effort to put me in costume and it was a special time for the both of us. The other would be of all things, Easter. I couldn’t wait to find those damn eggs! It was my scavenger hunt (which I seem to really secretly enjoy). Jessiena seems to share my same thoughts on holidays (although “pwesents” from Christmas is starting to edge out all others!)

What’s the weirdest way you have met someone? Well…my wife and I met at a “Lock and Key Event”. A singles thing where men were given keys and women given locks on necklaces. Gee, no symbolism there!  Anyway, we didn’t “click” with our key and lock, but when Erika approached me and chastised me with “You paid $20 just to sit here and not talk to anyone?”, the event didn’t matter anymore… And thus the beatings, I mean, the love began!

If you had to choose one cause to dedicate your life to, what would that cause be?  Fighting for animal rights or protection. I don’t do enough of that — no one can — but it is important to me. Some of the stories of abuse you hear make you wonder how I’m a human and that same person is a human? How can they do such a utterly horrid thing and still be related to me?

Which fictional villain is your favorite? Agent Smith of The Matrix movies was incredibly portrayed by Hugo Weaving. Pinhead from the Hellraiser movies. Then there’s the villains Loki and Thanos of the Marvel movies… so there are a lot out there to choose from. That’s too broad of a category for me to answer.

Alright well, I hope that wasn’t too boring and it gives you a little insight to my mind and my life.

Hope everyone is being safe and remaining healthy in this trying time!  Thank you again for all your support!!