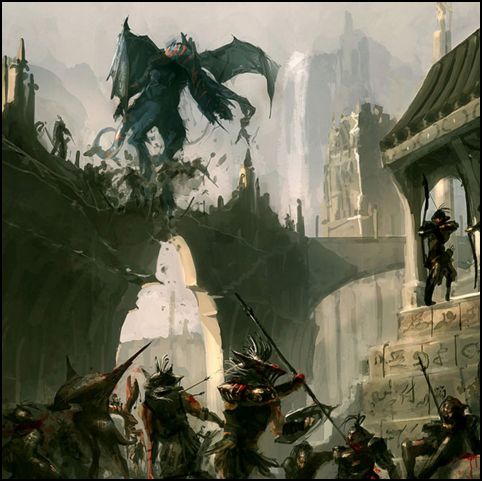 When I started my first novel, Consequences Within Chaos, I fell into an almost obsessive “plot mode” and wrote a rather long, bulleted outline of my story (60 pages to be exact).   However, for the battle scenes, I skipped past with a lazy wave of the hand and just wrote a line “insert battle scene here.”  Not giving the battle scene its proper respect was not only a big mistake as far as outlining, but it also became a huge stumbling block for me when I attempted my first drafts.

Well, when it came time to write these epic battles, I found I had no real idea where to start.  Instinctively, I knew that there was a lot riding on capturing this part to my story just right.  I had lied to myself and naively thought that this would “all magically be revealed and come naturally to me”.

Suddenly with all that sitting upon my shoulders, I put off writing the first one; even postponed and put aside the book for months.  I wouldn’t categorize this period as writer’s block, but maybe a weird version of stage fright?  If I didn’t write the scene (didn’t walk out upon the stage), then I wouldn’t screw it up (I wouldn’t show how bad I was at this) and embarrass myself (fall flat on my face in front of the audience).

It took me a lot of research, experimentation, rewrites and some sheer will to get the battles done for the book.  They’re not perfect, but I am happy with them overall.  Will I do better nowadays?  I sure hope so!

To save you from my pain, here are the critical factors you need to answer when using a battle scene (this includes all types of fights – barroom brawls, ambushes, street assaults and all the way to the epic, five army battles!):

Every scene is a platform for your character to level up and grow in the direction you need them to in your story.  Their triumphs or losses are the very ingredients that make up who they are.  Just like us in every day life – if we don’t experience ups and downs then we do not grow from them or learn from the journey.

Writing a battle scene can place your character under intense scrutiny, pressure to succeed and motivate him or her to excel – without this extreme moment of their life they would not have achieved anything your story wants and needs them to accomplish.

For us as writers, battles are waged and won with swords and words!

3 thoughts on “When One Must Battle… — Derek Barton”