Back in February of 2017, I wrote a little blog, Wishful Thinking, which was a whimsical fantasy movie casting of my characters from my first book, Consequences Within Chaos.  I did a small bio of each of the characters and a slideshow of who I would pick to play the characters.

You guessed it…you are already ahead of me.  I am going to do it again, but this time for The Bleeding Crown.  Now some of the major characters in the sequel were creatures, so suffice it to say, I will only be highlighting the humans.  Also, I will give some updated bios on characters from the last book.  I will warn you now there are some SPOILERS FOR CONSEQUENCES WITHIN CHAOS that could be learned here…So, if you want to stop now, go buy and read the book first, I won’t be mad ya at all. (hint, hint 🙂 )

During the fierce battle between Prince Taihven and the Pale Mage, Auste Cros’seau, the Lady Magistrate was magically kidnapped and taken away.  Now she must struggle to survive in a foreign land on her own.  While she waits for rescue, she has no idea if Wyvernshield has even won against Auste or his terrible army of Viestrahl beasts. She will form new alliances and strengths, but in the end, she learns she has no time left — the future hangs in the balance on her efforts.

Prince Taihven, having proven himself more than capable and resourceful in the battle against Auste, was crowned King of Tayneva.  However, the heavy cost he paid to keep the Artadeus Throne, weighs heavily upon him.  The city is partially in ruins, his parents are dead, his sister missing, and a deadly plague continues to haunt the citizenry.  After losing his entire family, he succumbs to depression and loses faith that they will find Princess Letandra. More trials lay ahead for him which will test him like never before. 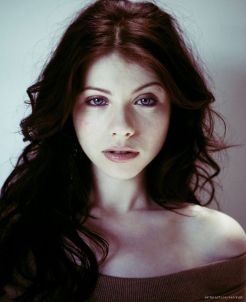 History has been washed clean of her vile family’s name, but Chroyanne Cros’seau has been freed of her own Soul Render in Aberrisc.  With the help of a mysterious magical artifact, The Bleeding Crown, Chroyanne has become an incredible terror in the land.  She hopes that her Quietus Dominion and her own armies will make her brother proud when he returns or calls for her to join him in Tayneva.

Regretting her role as an unwilling spy for the Viestrahl and Auste Cros’seau, the exiled maid, Taliah, has found her place in the world as a Blood Seeress.  She has been taken in by the Khestal Ezan Order, a group dedicated to stopping the evil machinations of the Cult of Beleardea.  She uses her newfound powers of prophetic visions to help them and outsiders with questions that keep their lives in turmoil.

Barely surviving his own encounter with the Pale Mage, the ex-slaver, LLasher, has dedicated his second chance at life to prove he was worthy of that effort and redeeming himself.  His first steps toward that goal are trying to track down the wayward Princess Letandra.  He will find this path will take him to many dangerous regions as well as making forced alliances with the dangerous Viestrahl.

As LLasher’s First Mate aboard the Corrta Da’Eale, Humphreys has sailed to many places within the world, but this hunt for Princess Letandra will even surprise this experienced world traveler.  Always quick with a sarcastic word or wide grin, he will stick loyally at LLasher’s side no matter the crazy odds…and that he gets well paid.

Rashad paid the same cost of losing a family member during the Viestrahl’s last Horde March as King Taihven.  This helps the two bond and form a strong partnership.  As the new Wyvernguard Captain, it has been a challenge, but when a new threat emerges in the form of Pirate Captain Tarsk, the soldier’s mettle is truly tested.

As a powerful sorceress, Ama’yen can offer a lot to her new queen, Chroyanne.  However, when she learns of Princess Letandra and the connection the princess has to Chroyanne’s past, she wonders if an opportunity is forming.  Inspired by the love that Letandra has for Taihven, she contemplates a plan of her own to rescue her own brothers being held hostage.

As the founder and dedicated leader of the Khestal Ezan, Tal has recruited a unique band of warriors, mages, spies, and even a Blood Seeress to his cause against the Beleardea Cult members as they peddle evil and cursed artifacts to the desperate or depraved in Tayneva.  These ruthless fanatics are building influence and wealth in an endeavor to resurrect an eldritch god of unlimited power. 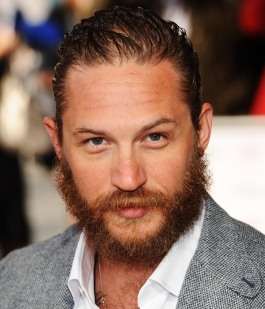 Known as Captain Tarsk the Torch, this sadistic pirate sees an opportunity in the weakened condition of Wyvernshield and its armed forces.  Seizing upon the moment, he and his allies strike with surgical precision, cutting off Taihven and Rashad from any assistance.  As a seasoned veteran of battle, King Taihven finds himself outmatched and up against a foe unlike any other he has ever faced.

Although he is a lost warrior from another plane of existence, Rivyen brings a unique perspective as well as a wealth of knowledge to Tal Crowan.  He has become a critical part to the Khestal Ezan’s structure. Together they have pledged to stop the Beleardea and find their hidden Veraera Vault of cursed items the cult has accumulated.  Some of those items belong to Rivyen’s own people — he knows just how destructive some of those items can be including The Bleeding Crown!

If you have read The Bleeding Crown, I hope you got a little kick out of this as I did.  I wish some of the other characters like Scars and Ka Shayla could’ve been represented, but I guess, you will just have to read the book!  This book was an amazing thrill for me to write, and I am excited to bring you the next adventures in Tayneva and Aberrisc soon!